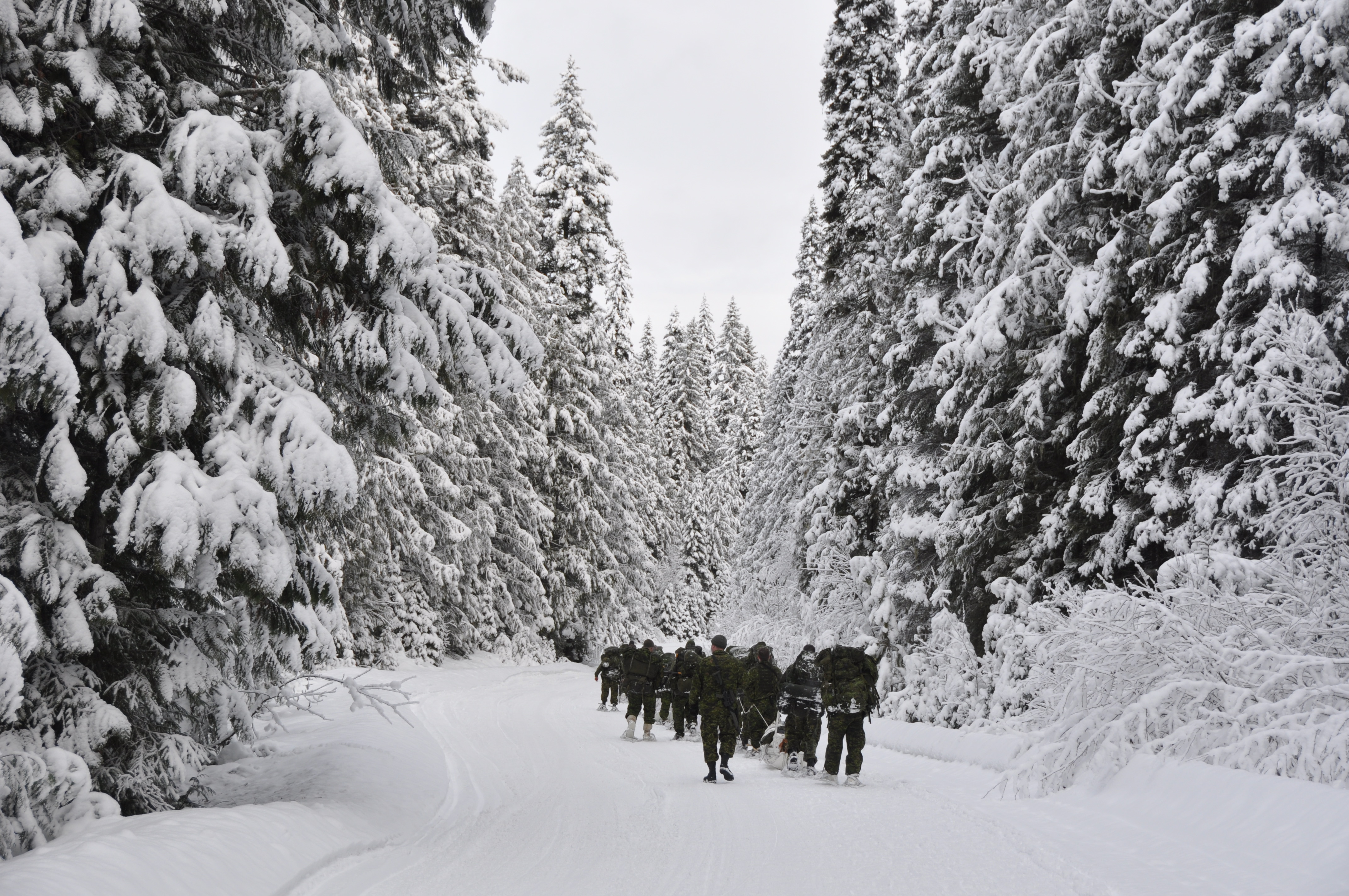 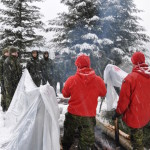 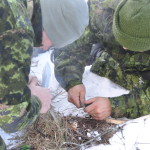 Exercise Dauntless Dragoon was the British Columbia Dragoons (BCD’s) first regiment-wide exercise of 2016 and was a brief introduction to living, moving, and surviving in a winter environment. Starting Saturday morning, the BCD’s established a staging area for HQ before departing on snowshoes in sled teams to their winter camp site and erecting arctic tents. For many new members to the BCD’s it was their first time using snowshoes in the military and helped illustrate the challenges of day to day operations in a winter environment.

According to a BCD member, Private Durocher, “It was my first time snowshoeing and at first it was hard to get used to but after a while it was actually fun. Pulling the sleds was hard at times but our tent group was constantly talking and supporting each other.”

Upon establishing a winter camp site and setting up arctic tents, BCD members were introduced to the experts who were going to instruct the training modules on winter survival. The Canadian Rangers are responsible for conducting national security and public-safety missions in rural and sparely populated regions of Western Canada that cannot be conveniently or economically covered by other parts of the Canadian Armed Forces. Members of the 4th Canadian Ranger Patrol Group (4 CRPG) were on hand to act as subject matter experts on surviving in extreme weather and environments and the BCD’s found their knowledge and expertise incredibly useful.

The 4 CRPG divided the BCD’s into smaller groups and taught three key elements essential for survival in a winter environment: fire-starting using natural materials, manufacturing winter shelters using items sourced from surrounding areas, and obtaining food through traps and snares, and the importance of proper field sanitation. For some BCD members, it was their first time having to dispatch their own food, rabbits in this case, and was certainly a memorable moment for many members.

After completing the training modules, the BCD members and the training staff cooked our meals and enjoyed an open bonfire before sharing stories and gleaning survival advice from the 4 CRPG members. The next morning, BCD members packed up our tent-groups and then took part in a race to test each tent group’s ability to start a fire using only a flint and steel and anything we could gather from the surrounding woods. With temperatures fluctuation between freezing and melting, finding suitable material was much more difficult than anticipated; however, all tent groups had no issues establishing fires. Some were just faster than the others…

For the BCD’s this was undoubtedly a unique and valuable experience having the 4 CRPG on hand to provide their expertise.